The Ohio National Road Association’s award program seeks to find individuals and organizations who are doing their part to help preserve, promote, and enhance the Historic National Road in Ohio. Each year we will be awarding both a Milestone Leadership Award and a Milestone Preservation Award for the service of individuals and organizations in their desire for the sustenance of the Road. Below are the previous winners of the awards, as well as a nomination form for future awards.

For his years of exemplary service as a Board member, ONRA President, and Administrator of the Mile Marker Program. 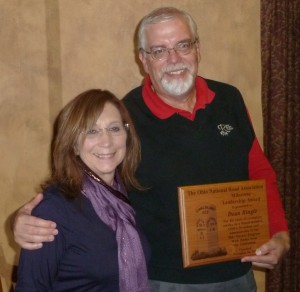 For his inspiration, knowledge and leadership in preservation of the Historic National Road. 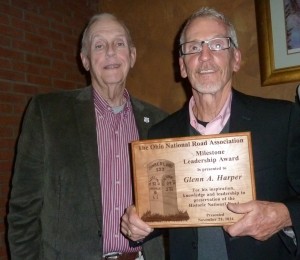 For her years of service to the Association and as our “Queen Mum” of fundraising. 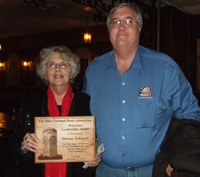 (Pictured is Denna Johnson and her son, Brad Johnson)

For his dogged persistence and dedication to the implementation phase of ONRA’s Interpretive Signage Project. 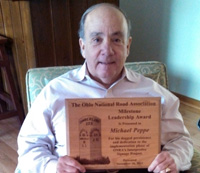 In recognition of his unwavering efforts to promote the original route of the National Road through downtown Columbus, and for his continued accomplishments in the renovation and rejuvenation of east Columbus neighborhoods along the National Road. 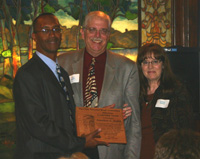 For her extraordinary leadership in the office of President of ONRA 2009-2010, her infectious enthusiasm, positive attitude and total dedication has resulted in one of our organization’s most successful and productive periods. Presented with the heartfelt gratitude of our entire membership.

For his extensive contributions to the preservation of Guernsey County’s history and for his commitment to both the mission and activities of the Ohio National road Association.

For her invaluable contribution to ONRA, in designing, establishing, and maintaining the organization’s website. Her innovative approach to technology has helped ONRA to advance our mission on the world wide web.

For his inspiration, enthusiasm, unselfishness, humor and his total dedication in helping to found the Association and contribute to its growth and development.

For the restoration of The Snodgrass House, known as Chinkapia Hall on the National Road near Springfield. 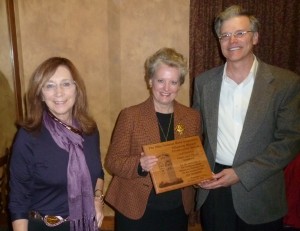 For their sponsorship of the rehabilitation of the Belmont County Sheriff’s Residence, which is now a museum.

The Commissioners were unable to attend the Annual Dinner and were presented their award by ONRA’s Belmont County Representatives at a later date.

For saving and restoring The Black Horse Inn on the National Road in Morristown. 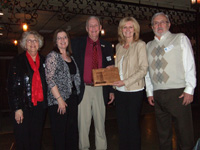 For their commitment to the preservation of the Red Brick Tavern on the National Road in Lafayette, Ohio.

For their steadfast commitment to and investment in the preservation and revitalization of downtown Springfield through the restoration and rehabilitation of the historic Bushnell Building, located on Main Street, the original route of the National Road. 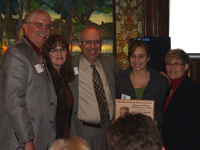 For the preservation and restoration of the Nelson T. Gant House on the National Road in Zanesville.

For their commitment to historic preservation along the Ohio National Road and for the preservation and restoration of the former Toll Road House in the old Euphemia area of Lewisburg.

For the preservation and restoration of the Toledo &Ohio Central Railroad Station.

For sharing his skills and expertise and donating his services in designing the new website of the Ohio National Road Association. 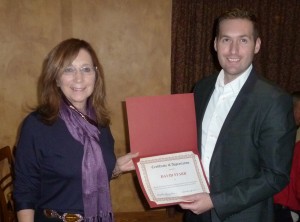 If you would like to nominate someone please fill out the nomination form below: