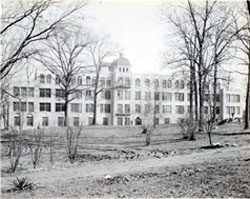 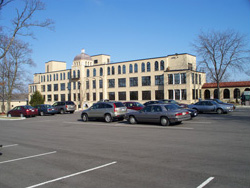 Springview Government Center  before and after.

The Springview Government Center is a great example of renovation on the Road. In the 1930’s, the Clark County Tuberculosis Sanitarium was built with a small bond issue and was maintained in this capacity until the 1960’s when it was sold to the state of Ohio to be used as a mental health facility. The site was used as a mental health facility, housing